Our girls program is one of the largest in South Florida. We offer both recreational and competitive programs. We strive to provide an environment for which the girls can be proud and call "home".
In our competitive program, we push our athletes to be the very best they can be so that they can compete at the highest level that they are capable of.  We are declaring at least 8 girls competitive teams formed for the 2019/2020 season:
We hope to expand our program in the near future to offer competitive soccer for all age groups if you have a team that needs a coach or a player that needs a team in any age group we would love to hear from you!
To try out for these teams please register for our FREE AND OPEN TRYOUTS HERE 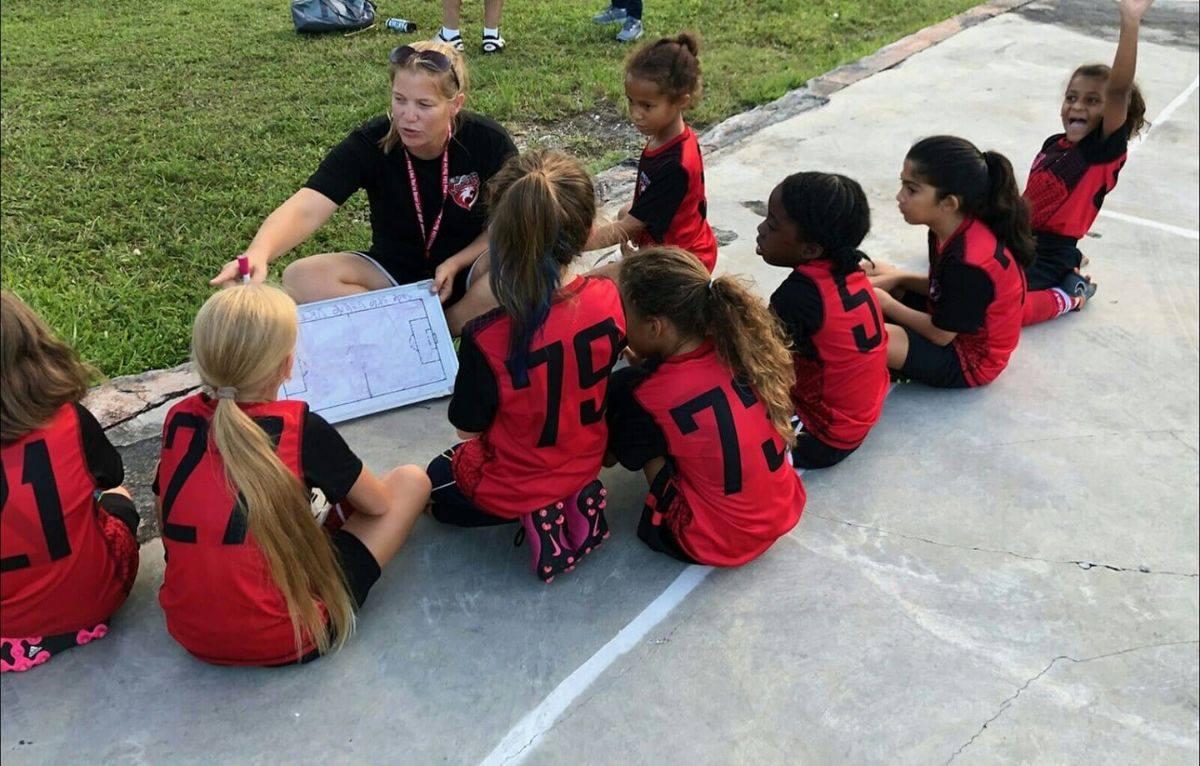 Coach Kate has been with us for a year as Director of Girls Development as well as coaching some of our teams.
We were so excited to welcome her expertise in our club, Kate played in England for many teams including Tottenham Hotspur and has worked with many clubs in England supporting youth development such as Arsenal, Tottenham, and West Ham.
Since coming to the U.S  she has coached at Miami Shores and took her U11 girls team to victory in the Commissioners Cup and Disney Tournament last seasonal year. This year she took our U18’s to victory in the Weston Cup and led our U14 girls to a spot in the regional finals of the national 3v3 championship to be played in June.
"I love working with the Hollywood Wildcats I look forward to continuing to develop a program and home for girls soccer with a focus on competitive development without losing the fun."

Coach Ashlyn joined the Wildcats in January 2019 and made her presence known she strives for excellence in the pursuit of championships. She was instrumental in Barbara Fernandez 1 of 5 of our graduating players getting a full scholarship with hopes of helping many more of our players next year.
She is passionate about helping our girls achieve their goals.
She is currently playing college soccer for Johnson and Wales University North Miami on a scholarship and is the captain. She also plays for Miami AC in the UPSL League.
Our recreational program is the foundation for our club and offers both training and games played in GHSL as they in previous years.
For 2019/2020 season we are looking to form even more girls only teams in the following divisions:
In recreational GHSL program, all girls regardless of skill set are welcomed to participate. Since there are limited spots on each team, please take into consideration what your daughter’s commitment capabilities are. It is difficult on the team if a player is unable to participate regularly. If we register more girls than roster maximums allows we might have to turn some players away or find them an alternative team to play on, as available.

Girls that do not want to be part of this program can always play in the regular Wildcats co-ed recreational program.

If you have any questions about the GIRLS GHSL or COMPETITIVE programs or Girls Travel, please contact Coach Kate k8@hollywoodwildcats.com.